Today, the LibreOffice community celebrates
the 7th anniversary of the leading free office suite, adopted by
millions of users in every continent. Since 2010, there have been 14
major releases and dozens of minor ones, fulfilling the personal
productivity needs of both individuals and enterprises, on Linux, macOS
and Windows.

LibreOffice deployments are supported by certified developers and
professionals (list available at:
https://www.libreoffice.org/get-help/professional-support/). Many are
employed by companies sitting in TDF’s Advisory Board
(https://www.documentfoundation.org/governance/advisory-board/), who
provide either value-added Long Term Supported versions of LibreOffice
or consultancy services for development, migrations and training.

LibreOffice is available in over 100 native languages, and as such is
contributing to the preservation of native cultural heritages, as in the
case - for instance - of the Guarani language in South America, and the
Venitian language in Northern Italy. All localizations are managed by
local volunteers.

LibreOffice is also a reference implementation of the Open Document
Format (ODF) ISO standard for office documents, which today represents
the only choice in the market for true interoperability.

LibreOffice’s leadership amongst office suites has been recently
confirmed by the survey of Ubuntu users for desktop productivity
software, with 85.52% of the votes. The closest competitors were Google
Docs with 4.29%, WPS Office with 3.22% and Apache OpenOffice with 1.96%.

The Ubuntu 18.04 LTS Default Desktop Applications Survey produced over
15,000 responses in total, with over 6,400 for the office suite
category. LibreOffice received the largest margin of preference of the
entire survey. Results are available here: 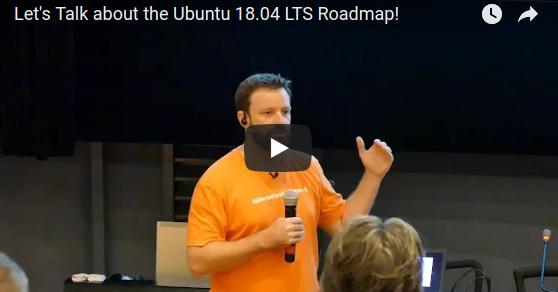 I had the distinct honor to deliver the closing keynote of the UbuCon Europe conference in Paris a few weeks ago.  First off -- what a ...

Thanks @jonaazizaj ! It feels like LibreOffice is older than that