Here’s Why Juicero’s Press is So Expensive

In a word, not designing for the target group. (Sorry, that wasn’t a word but an entire sentence.)

Interstitial Message: This post is for all us with interest in hardware

For those of you who may not have heard of Juicero, it is a very expensive juice maker that started off as an even more expensive juice maker. Because of numerous reasons, many of them justifiable, it became both a symbol of the mindless excesses and vanity of Silicon Valley as well as the laughing stock of just about everyone. This post, being hardware-oriented, however, is not about either of those, but about the reason why Juicero is so expensive.

In a sentence, it is so because it was a design and development process unfettered by the constraints of budget or for any particular target group. I remember from a long time ago, a company called “Boston Acoustics” used to have an ad for its audio speakers that went: “It is easy to make a great speaker when money is not a constraint. Try make a great speaker for under $400” (or something like that). Constraints are great because they ground us to reality, they make us find solutions to real-world problems, they make us creative. A blank canvas is great, but the canvas has to have edges. An unlimited, edgeless canvas can lead us to just as bad a result as a complete lack of freedom can.

Ask yourself: If you could do anything, what would you do?

Read on for an excellent analysis that has great lessons for us in hardware design, development and, most important, creating for the real world. 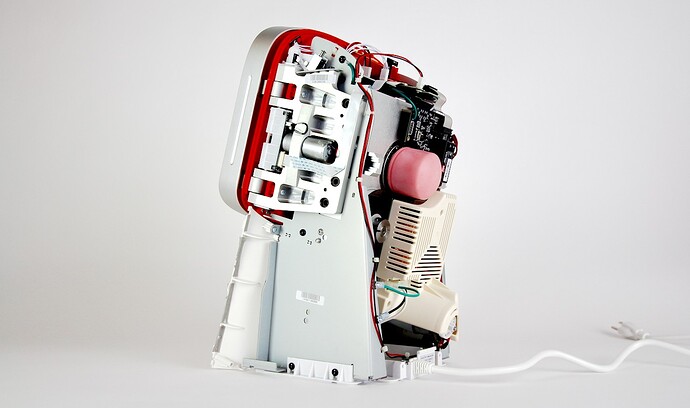 Here’s Why Juicero’s Press is So Expensive

Hidden away in Juicero’s bad week of press is one of the most powerful lessons we preach to hardware startups: unconstrained development is lethal. Last week Bloomberg published an article exposing how easy it is to “hack” Juicero’s produce...

Read about it in the last week as it has been quite viral. The CEO basically begged people not to open the bags. Stuff like this is absurd and even more how much VC funding they got. Burning money for an Internet of Shit (IoS).

Looking this from another perspective: I have in my head the last weeks this concern about the centralization of ideals. Silicon Valley, London, Paris, Berlin, Singapore and similar cities have so many highly skilled professionals, money, labs, fewer corruption and other elements that make their life easier which is great, but also creates a big bubble. This is the reason (along with capitalism I guess) that these ecosystems tend to forget that technology should work for the people and not the other way around. In addition, technological advantage has no value if used just to confirm or create a certain social status. Toyota Prius is the first example in my mind in thee discussions.
It is explained better I think in this website I found lately