Computers. The Internet. Smartphones. The Web. Many of the technologies we use each day are powered by software so critical that even minor flaws in its source code could stop the world in its tracks.

Yet much of this software is “open source” — a technology commons that can be freely used and contributed to by anyone, but at the same time, is controlled by no one person or corporation.

Originally pioneered by computer programmers who believe in freely sharing the source code of their software with the world, this radical idea eventually grew into a full blown revolution to “open source” everything from encyclopedic knowledge, to the mapping of the human genome, to heirloom seeds.

And, yet, despite its wide ranging impact, the open source revolution remains all but unknown to most people who now, more than ever before, depend on its survival.

This project is an attempt to change that.

Faces of Open Source is an on-going photographic documentation of the people behind the open source revolution. The project is comprised of portraits of notable and unsung heroes who dedicate themselves to the creation and advancement of our open source technologies. 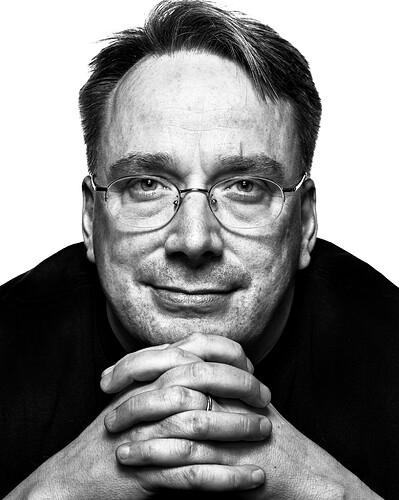 All Faces. Faces of Open Source is an on-going photographic documentation of the people behind the development and advancement of the open source revolution that has transformed the technology industry.

It is just impossible to list everyone. For example me, RS and RMS are missing (the second one is Redon Skikuli).